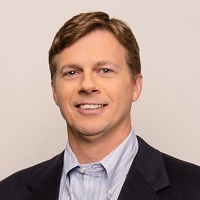 Robert J. Straub, MD joined Reproductive Biology Associates in August 2003. Dr. Straub is a member of numerous medical societies, some of which are The American Board of Obstetrics and Gynecology, The American Society of Reproductive Medicine (ASRM), and The Society of Reproductive Endocrinology and Infertility. Though a native of New York, Dr. Straub received his B.A. from Davidson College in North Carolina. He then retuned to New York City and earned his medical degree from New York University. Following medical school, he completed a four-year residency in Obstetrics and Gynecology and was Chief Resident at Lenox Hill Hospital. Dr. Straub has been published in peer reviewed medical journals on numerous occasions, on topics such as ovulation induction and ovarian apoptosis (cell death). Currently, Dr. Straub serves as a board member for the Georgia Obstetrics and Gynecology Society (GOGS).Robert’s second passion is his family. He and his wife have four children.