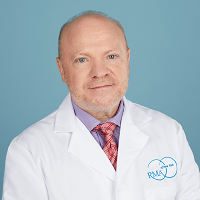 Benjamin Sandler, MD, is co-director of RMA of New York and an Assistant Clinical Professor of Obstetrics, Gynecology, and Reproductive Science at the Icahn School of Medicine at Mount Sinai. Dr. Sandler specializes in the diagnosis and management of difficult infertility cases using state-of-the-art assisted reproductive technologies and is well recognized for his role in creating and popularizing many current in vitro fertilization protocols. He has authored several book chapters and articles on infertility and lectured at both national and international meetings. Since 2004 New York Magazine has repeatedly included Dr. Sandler as one of the â€˜Best Doctorsâ€™ of New York in their annual editions and SuperDoctors has featured him annually as a leading physician in their New York listing.