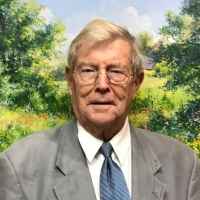 Jan Friberg started his medical career in Uppsala University in Sweden, where he joined Dr. Carl Gemzell in infertility work in 1964. Dr. Gemzell is notable for inventing an immunological pregnancy test using urine, revolutionizing a previously lengthy process, as well as developing a unique fertility treatment that resulted in a twin pregnancy in 1960. Under this remarkable guidance, Dr. Friberg treated patients around the world, and when at last Dr. Gemzell retired in 1975, he moved to the US, and Dr. Friberg followed him, finishing his residency and fellowship in New York. In 1981 Dr. Friberg became Director of Reproductive Endocrinology at Mount Sinai Hospital in Chicago, with a teaching position at Rush University. In 1982 he was instrumental in starting the first IVF program in the Midwest. In 1986 he became professor at Rush Medical College and for a 10 year period was co-editor in chief of The Journal of InVitro Fertilization. In 1989 Dr. Friberg left his professorship and academic career and joined his wife in private practice on the North Shore of Chicago, where he has been working for the past 25 years, successfully helping thousands of people become happy parents. When he is not working, Dr. Friberg is tending to his flower garden, or traveling to Sweden with his wife, Dr. Inger Friberg.